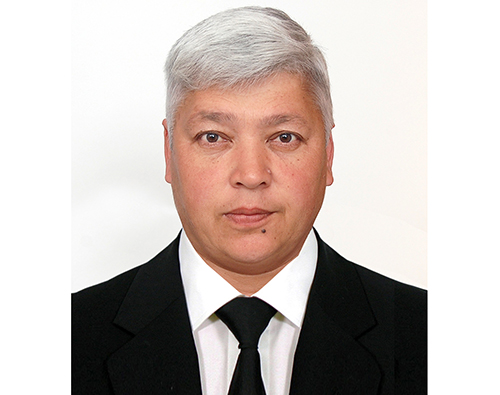 Was in the Samarkand region. Graduated from Frunze Polytechnic Institute with a degree in Cannery Production Engineer.

In 1990, after graduating from the Institute, he began his working career at the Experimental Plant of the All-Union Scientific and Production Association of the Canning Industry from the position of a mechanic, then transferred to the position of a production engineer.

In 1994 he was transferred to the head of the tomato production unit.

In 2003, the enterprise JV “AGROMIR” was established, in which I was appointed head of the canning shop, and in 2012 I was offered the position of Deputy General Director at JV LLC “AGROMIR-SAMARKAND”. Responsibility and work increased significantly, now I already controlled not one shop, but several. I have experience of work as the general director of JV LLC AGROMIR-JUICE and JV LLC AGROMIR-KONSERVA. Being a CEO is a responsible mission that I have been fulfilling with great pride.

In 2020, he was appointed Deputy General Director for Production at JV Agromir LLC.